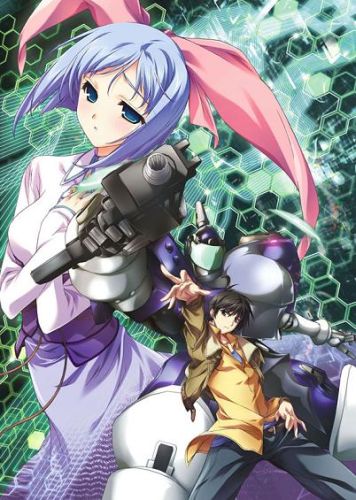 The network covers the whole globe, and the development of the information network reaches its acme. In this age, there are two developed worlds; the “real world” and “wired” — the virtual network world.

Souma Tooru belongs to a group of hackers called Steppen Wolf, surfing the network freely. In their last job they attacked the database of the UN forces. During this attack, he loses Nonomura Yuuya, his friend and team leader. Tooru is arrested by the army. In exchange for letting him free, he has to work for an anti-hacker organization, the first squad of the UN Security Force Information Administration Bureau.

Working for them, Tooru searches for the person that killed his friend, while the other members also have their own reason to fight.

The three-way battles between the terrorist group, the security enterprise, and the army, continue from day to day. And when several seemingly unconnected events occur during these skirmishes, it becomes quite clear that something big is afoot.