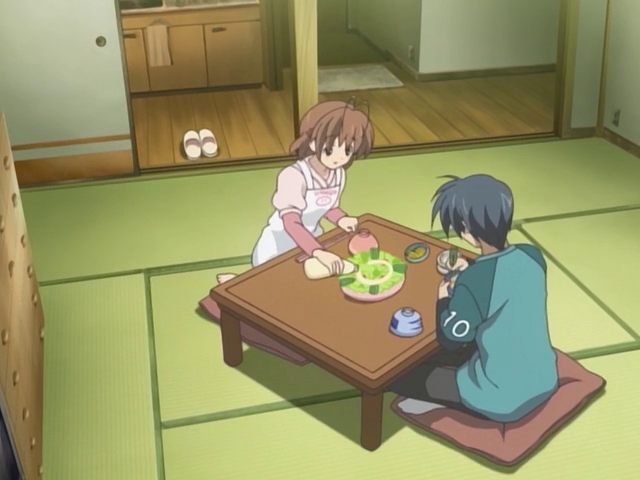 Working has its ups and downs for Tomoya. He does not want his boss to find out that he has an injured shoulder, in fear that he will lose his new job. He promises Nagisa that he will join her at the Founder’s Festival, yet work gets busy and while his fellow co-workers would have covered for him, he wanted to prove his worth. He is late for his date, and is starting to become too busy to sustain a healthy relationship with Nagisa. He gains respect with his co-workers and settles into his job. 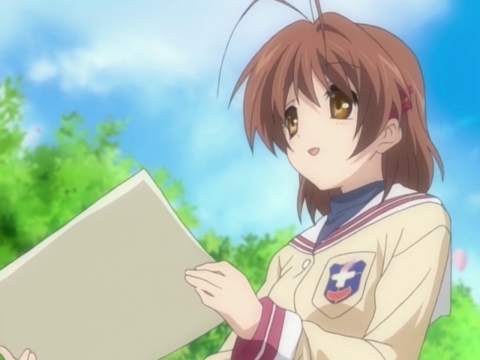 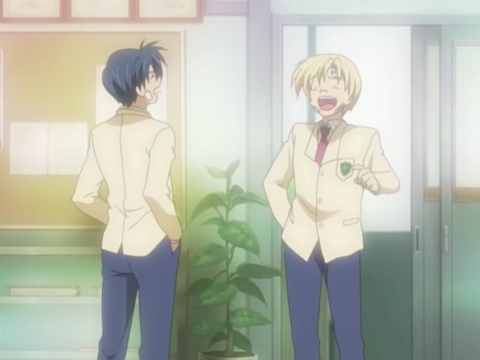 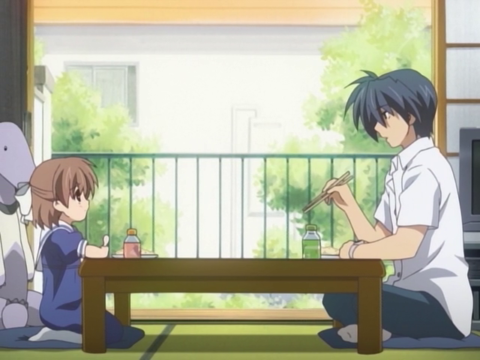