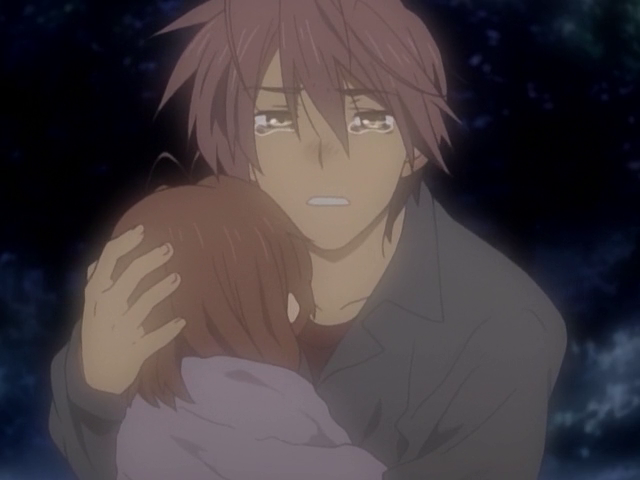 夏の名残に
Natsu no Nagori ni
In the Remains of Summer

Nagisa becomes increasingly bedridden due to morning sickness. Nagisa wants to give birth at home, so Sanae introduces Yagi, a midwife who is to assist in the delivery. Sanae later tells Tomoya that giving birth will be difficult because of Nagisa’s weak physique and may even put Nagisa’s life in danger, so they might have to choose abortion. However, Sanae leaves the choice up to Tomoya and Nagisa. Nagisa learns of her mother’s worries, but she decides to go through with the birth. Akio takes Tomoya to a meadow and tells him more about the day when Nagisa nearly died. Akio carried Nagisa to the meadow and prayed for her life, and Nagisa miraculously regained consciousness. Akio tells Tomoya that while many painful and difficult things will happen, he and Sanae will always be there for Tomoya and Nagisa since they are family. Nagisa and Tomoya take a walk by the river and decide on the name Ushio for their child. 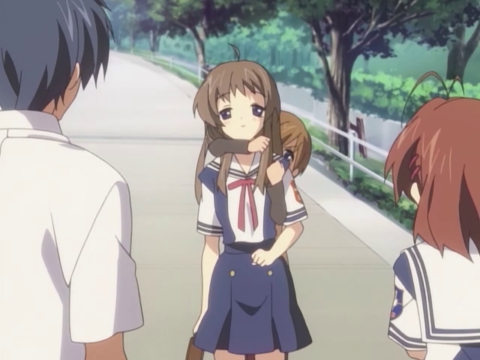 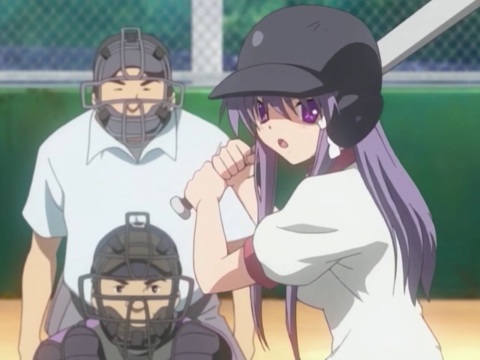 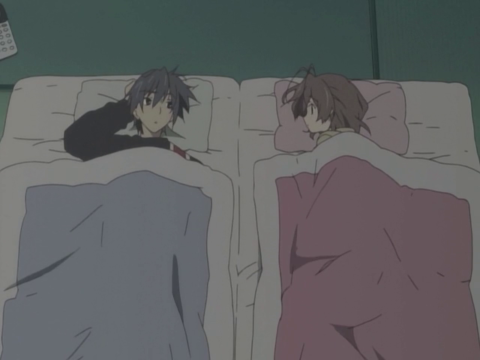