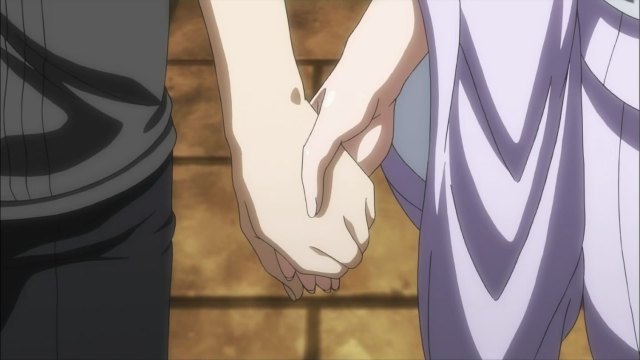 On their way home from school, Haruka and Kazuha are interrupted by a frantic Yahiro, who is concerned over the non-appearance of the always-responsible Akira as usual. They discover Akira at her home, collapsed due to exhaustion, and Kazuha proceeds to blame herself and her infatuation with Haruka for not noticing Akira’s condition. Akira recovers a few days later, but confronts Kazuha about her abandonment of Haruka and the inappropriate sense of guilt she feels regarding their father’s actions. Realizing the truth of Akira’s words, Kazuha withdraws into a state of depression while struggling to determine what to do. The day of the festival arrives, and Kazuha works up the courage to appear, where she is reunited with Haruka. Haruka informs Kazuha that her father had been supporting Akira financially in secret all this time and, when Kazuha witnesses her father praising Akira, she realizes that she had misjudged him. Thus, she was able to move past her codependency towards Akira and pursue a whole-hearted romantic relationship with Haruka.